KW Pro was founded by Andreas Eder in April 2007. After having successfully tested the business model, the company is expected to grow at a sustainable rate over the following years. During this period, management will be supported and counseled by an Advisory Board. 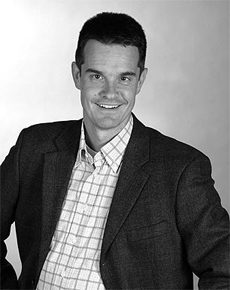 Andreas Eder was born in 1969 in Munich. He is married and lives in Wiesbaden. From 1989 he studied at the TU Darmstadt and received his degree as an Industrial Engineer/Mechanical Engineering in 1994. Subsequently, he complemented his academic career with studies in Paris and Tokyo and an MBA degree from the Ecole Nationale des Ponts et Chaussées. Since 2006, he is studying towards a degree in Psychology at the Open University in Milton Keynes (UK).

Andreas Eder started his professional career at Graphitti Software GmbH, a company specializing in the development of applications for the Excel® spreadsheet software, while he was still studying in Darmstadt. From 1996 he worked, among other roles, as an Associate for A.T. Kearney Management Consultants in Düsseldorf with an emphasis on Process Reengineering and System Implementation. In 1999, he joined American Express in Frankfurt where he started as Manager Consulting Services. After several positions in Sales, his last role was as Director Product Management. In April 2007, he founded KW Pro.

The Advisory Board consists of five people who meet at least once a year to evaluate and challenge KW Pro's strategy and business development:

Doug Bliss is currently Chief Operating Office of Visionpace (www.visionpace.com), a custom software development firm based in Independence, MO. He has been in the IT Services Industry for more than 16 years where he gained considerable experience in a variety of roles and industries. Doug holds a BA from the University of Missouri and an MBA from the Ecole Nationale des Ponts et Chaussées in Paris.

Since 2006, Stefan Happ has been Vice President and General Manager - American Express Gift Cards for American Express (www.americanexpress.com) in New York. After starting his professional career at British Airways in London he advanced through a series of increasingly responsible positions with American Express in the UK and abroad. Stefan is an experienced Sales and Marketing executive and earned a BA and MBA degree at the University of London.

Corrina Jorgensen is co-owner and Managing Director of Afiniti Limited (www.afiniti.co.uk), an IT consultancy in the UK. Her third company with the same investors, Corrina has 20 years experience beginning in IT Training and Consultancy, moving quickly to general management and latterly strategic consultancy in communications and change management. An energetic, results-oriented individual, Corrina has a BA from Napier University in Edinburgh and began her career with BP.

Jessica Pavec-Burke is currently heading up IDT Dental Products' Irish office (www.ctscan.co.uk) to launch one of the company's flagship products in Ireland while continuing to provide sales and software support for the entire British Isles market. After receiving her BSc in Marketing and Management from Bentley College in Boston and an MBA from the Ecole Nationale des Ponts et Chaussées in Paris, she gained considerable experience in structured finance and Mergers & Acquisition with the French merchant bank ARJIL & Associés.

Since 2002, Achim Schüller is Managing Partner of schüller+hauer HR Consultants GbR (www.schueller-hauer.de) in Mönchengladbach. Before, he held a number of senior roles in Human Resources and Organizational Development at KPMG Deutsche Treuhand Gesellschaft, A.T. Kearney Management Consultants and access AG. Achim is co-publisher and author of various textbooks and earned a degree and a doctorate in Psychology from the University of Cologne.